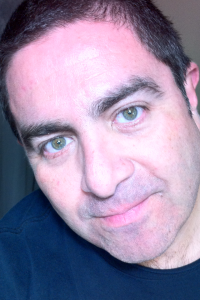 My name is Rick Rivera. I am exploring the multifaceted lifestyle known as minimalism, but with an added twist. I am an uber minimalist, stripping away all that is unnecessary and extraneous in my life, to make room for the things that bring me joy and contentment. I would like to help you do the same. Join me in my journey and let's learn together. You too can have a life that is "the best of the best" (uber) if you learn to live with less.

I’ve been thinking a lot lately about why zombie shows and movies are so popular right now. It seems everywhere you go, there’s a new TV show about zombies, or another movie coming out. Vampires are popular as well, but it seems the zombie movies and TV show offerings are geared to an older, perhaps more mature crowd. The Walking Dead is a great show with solid acting and a great plot. The 28 Days Later and 28 Weeks Later movies were terrifying and brilliant, making us squirm and shake, silently praying we’d never become one of “those things”.

Well, guess what? You might already be a zombie. No, not in the literal sense of the word, at least not what you see on TV and on the big screen. Day in and day out, our society is chock full of people who go about their days in a stupor, not feeling anything and not seeing anything. They’re on autopilot, silently moving about as if they’ve been programmed by some evil supercomputer. Well, guess again, they HAVE been programmed. Our society tells us what to do and how to do it and when to do it, subtly letting us know that if by X age we have not reached X milestone, there might be something wrong with us. We are all adventurous and exploring little children, but through the years, as a result of disappointments and setbacks and lack of support from those who should know better, we start to conform, we start to obey. Our dreams start to get crushed and pushed aside. Our parents didn’t know any better, because they were taught the same thing, so they were doing the best they knew to do with the information they had, which we now know was not the best.

So we start living our life the way we’re told to and we start ignoring our inner voice, the one that tells us that we should be doing something different, that we are not really happy. But we press on, and we suppress that voice until eventually we can’t hear it anymore. It’s still there, but we’ve learned to block it out. How very efficient of us. Some never regain the ability to hear their own voice, and slowly die inside until their life is over and they never accomplished what they once set out to accomplish. Some of us, however, do start hearing that faint voice once again, and it stirs us to take action, because at a certain point in life (and that point is different for everybody) we know that what we were told to do didn’t work out, at least not for us. Some hear that voice and are able to just take off and follow its lead and change their life route immediately. Some of us must start a slow reversal process to undo the damage already inflicted on our souls, and slowly move up to the life we know we deserve. Just regaining that sense of direction and finding our passion again is a huge step forward. We’re working on getting back to that child-like wonder and sense of adventure and possibility in life. It might take us some time, but we’ll get there.

I used to say that the one thing I never want to be in life was jaded. I thought that jaded people were unhappy people, cynical people, bitter people. I’m not sure I feel any differently about them, but I’ve changed my motto. Now the one thing I never want to be in life is oblivious. I want to be present, I want to be here, now. I want to be mindful of where my life is going, mindful of my actions or lack thereof, mindful of what I want out of life and determined to go get it. Oblivious people are zombies. They don’t feel anymore, don’t see anymore. They’re the walking dead. Or perhaps a more accurate description is The Working Dead.

Are you a zombie? Do you feel like you don’t care anymore sometimes, that it’s just too hard to be a rebel, to live life your way? Don’t give up. There are a lot of us out there cheering you on. We’re all on this journey together, and we will make it together. We just have to believe in ourselves and push ourselves to make our lives matter. Be bold. Be risky. Be unorthodox. That’s really the only way to live life anyway.

13 thoughts on “A Brief History of the Undead”